Sleeping at work. This would normally be a reason for the employer to have a good chat with the employer concerned, and add a note to the file. However, more and more employers and scientists are becoming aware of the importance of taking a nap at work. The reason isn’t that the employee can barely keep his or her eyes open, it’s simply part of achieving a rest-work balance that allows employees to work at their best. Powernaps are getting a lot of attention lately. Edwin Evers appeared in the broadcast as a sleep expert, and he explained its importance. Prominent Business has already supplied chairs to various parties for their relaxation areas. The majority of these are emergency services, such as the fire service or ambulance service, where employees can relax until the next call. However, insurance company Zilveren Kruis is also carrying out a pilot with a relaxation room. According to sleep expert Gerard Kerkhof, a bed is not suitable for power napping. An easy chair is much better for a short, 20-minute nap. At Prominent, we stock a large collection of suitable recliners. These are electrically adjustable, and offer very comfortable sleeping positions. Nu.nl recently wrote an interesting article about powernaps, and you can read it below.

At large companies such as Google and PriceWaterhouseCoopers, powernaps are now common practice. NUzakelijk spoke with two sleep experts on how and why.
“Taking a nap leads to better performance in the short and long term,” says Gerard Kerkhof, professor emeritus of the psychophysiology of 24-hour rhythms and sleep at the University of Amsterdam.

Kerkhof compares it with research in which the work break is central. “Short work interruptions can maintain performance. The general effect is like a short holiday.”

Reinier de Groot, pulmonologist and somnologist at the Dutch Sleep Institute, agrees that a powernap can have a refreshing effect and increase productivity.

“The situation determines if it actually helps at work. You have to ask yourself whether coming out of a boring meeting or being tired of a certain activity is a valid reason. But a powernap can be refreshing,” adds De Groot.

According to De Groot, people with normal sleep rhythms usually also have no need to sleep. The disadvantage of prolonged and frequent sleep outside your regular hours is that it can disturb your nightly sleep.

Sleep duration
The advice is to sleep for five to fifteen minutes, and no longer than twenty minutes. Kerkhof says, “That’s purely to prevent you from falling into a deep sleep. If you really sleep for twenty minutes and are then awakened, you may suffer from sleep inertia, or sleep drunkenness.”

According to Kerkhof, this is less serious that often thought. “After you wake up, you may be slightly irritable during the first fifteen minutes and not fully alert. You may make mistakes; you may say the wrong things; you may even pour your coffee onto the table next to your cup, for example.”

This is because the brain organises itself differently during sleep. Kerkhof: “The brain needs time to switch.”

A recliner is essential

De Groot advises employers maintain strict criteria about powernaps, such as limiting time and not making naps too accessible so employees don’t abuse the option. “Get people involved in this, although they are often perfectly capable of determining the rules themselves. This also turns out to be the case when people are allowed to determine their holiday times or working hours themselves.”

According to Kerkhof, this is a small investment that ultimately yields profit, even in the long term.

Employers who want to allow nap to be taken at work are advised to make an easy chair available, but preferably not a bed. And don’t locate it under a power tool, for example, but in a quiet, dark environment, and preferably in an insulated area, such as a sleeping cabin in a van.

Health
Research shows that shift work damages people’s health in a number of ways, such as increasing the risk of a heart attack.

“That’s something you can’t ignore. Employers have a moral duty to make sure that people suffer less,” says Kerkhof.

A powernap can be a godsend for shiftworkers. De Groot: “As we often say, don’t fight it, especially if it’s necessary and possible.”

This article was published on nu.nl on 5 February 2018.

More info?
At Prominent Business, we have a lot of experience with setting up powernap rooms. To find out more, please contact Marcel Melk, our expert in this field. Use either the form below or call +31 6 1313 4524.

Do not miss out

Subscribe to our newsletter now, and find out about all the latest collections and promotions.

Read all about our collection and our various models. 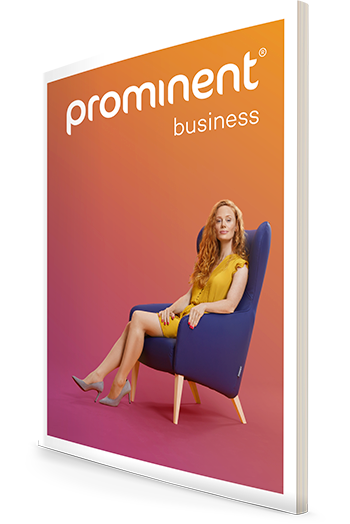